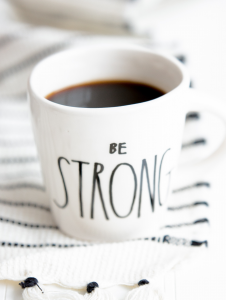 I don’t know”. Three words that are arguably the most powerful for a Leader to say.

Being vulnerable demonstrates a strength that builds trust.

I have two stand out examples of great leaders who admitted they do not have all the answers. In the 90’s I worked with a financial planning organisation whose leadership had the vision of doing things differently. They were one of the first ‘fee for service’ businesses before commissions were not cool. They had to pivot their business and were one of the first financial services organisations that trained their staff on emotional intelligence and soft skills,.

They recognised that the ‘technical competencies’ of managing money was not enough. The leaders were prepared to ask for advice and help from their staff, the customers and external coaches and consultants. The end result was a culture of caring for people before profits. They are still leading the pack in this area 30 years later.

The second is a company I worked with last year before COVID. I attended their Summit where they flew in their management team from across the globe. It was a strategy meeting with content on improving processes but the leaders wove in Emotional Intelligence into the 4 days to give it a context of service.

In one of the sessions, the co-owner got up impromptu, and admitted all the mistakes that he and his partner had made as they built the business. And some were very recent. In the closing session the most frequent comment made was on how they felt safe because of the honesty of the owners.

The common theme in both these examples is the owners were overtly vulnerable. They openly admitted that they do not know everything, that they have made many, many mistakes, and that they expect to make many, many more mistakes. And that’s expected of them and their team, If mistakes are not made there is no growth.

They don’t intentionally go out of their way to make mistakes, but they do acknowledge that when they are made that they need to deal with the issue honestly, find a solution, and move forward, and most importantly learn from the mistake. The key however, is they make it ok for their staff to do the same. That’s inspirational.

I started to think about the companies I have helped and reflected on my own performance. I would say that I’m a great coach when I am working with a client that accepts their vulnerability and acknowledges they don’t have all the answers. And I’m a shockingly bad coach when the client knows everything and just wants me to fix their people.

In my experience when a manager blames their people, it’s not the people that’s the problem.